← New Billy Barbarian cover
My Favorite Daughter is trying to kill me. → 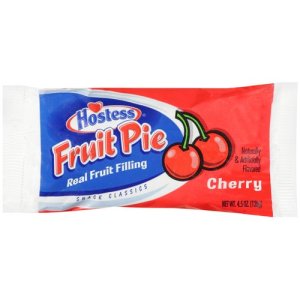 If you’re like me, when Hostess products disappeared from the shelves, you were clueless as to what happened (Yes, I live with my head in the sand). I was shocked to see this staple of the American diet disappear. I had thought Hostess products would be there forever! Whenever I made a trip to the store I would usually grab a Cherry Pie and enjoy my reward for making the trip to the store, but now they were gone. I had thought maybe it was just something to do with the grocery store. NO! It wasn’t! Local convenience had also stopped carrying my favorite products. Not just cherry pies were missing, but so were the twinkies, ding dongs, ho hos, golden cup cakes. It was an empty shelf!

Yes, soon 7-11 started making its own variation, but they were a shadow of the original. It just wasn’t the same. I was sad.

I was even sadder when I discovered that, despite my best efforts, I wasn’t able to keep the Hostess company in business. My consumption wasn’t enough. I hadn’t encouraged enough people to consume these tasty pastries.

A light at the end of the tunnel appeared. My favorite treats wouldn’t be gone forever. The company was just undergoing a liquidation. I didn’t care exactly what was happening legally, I just wanted my snacks back! My waistline was shrinking! (well, not really, but that’s a story for another day).

Color me surprised when I went to the store and there, next to the cashier! HOSTESS FRUIT PIES! My favorite daughter and I grabbed a pair and once the groceries were loaded up into Sputtery Truck we dug into our reward.

Only, it wasn’t a reward. It felt like a punishment. The first bite said “YOU WANT FRUIT PIES! POO ON YOU!”

I had to struggle to finish mine (Hey! I wasn’t letting this thing go to waste). My Favorite daughter offered me hers, but there was no way I was about to eat two of those things. Holy Yuk in the mouth, Batman. There things were awful! It’d been a very long time since I’d been disappointed with a Hostess product.

This might have ruined me for life on these things. I may try again. Hopefully I just go a bad batch, but I don’t think so. I think whoever took over Hostess has no idea what they’re doing. It’s really sad to see one of the best treats go to one of the worst. I’d rather have the 7-11 brand and those weren’t all that great. Perhaps I’ll start making my own pies again. I do have a pie maker. All I need are pie crusts and pie filling. Hmmm, hey, good idea. If Hostess can’t fill that void they left, I’ll have to do it myself.

Seriously, Hostess. Please start making better products. I know there’s a bottom line to consider, but making a terrible product will ensure there is no bottom line.  Until you get your act together and start making a product that’s actually edible, I’ll stick to making my own.

I’m off to go make some Cherry Pies.

← New Billy Barbarian cover
My Favorite Daughter is trying to kill me. →